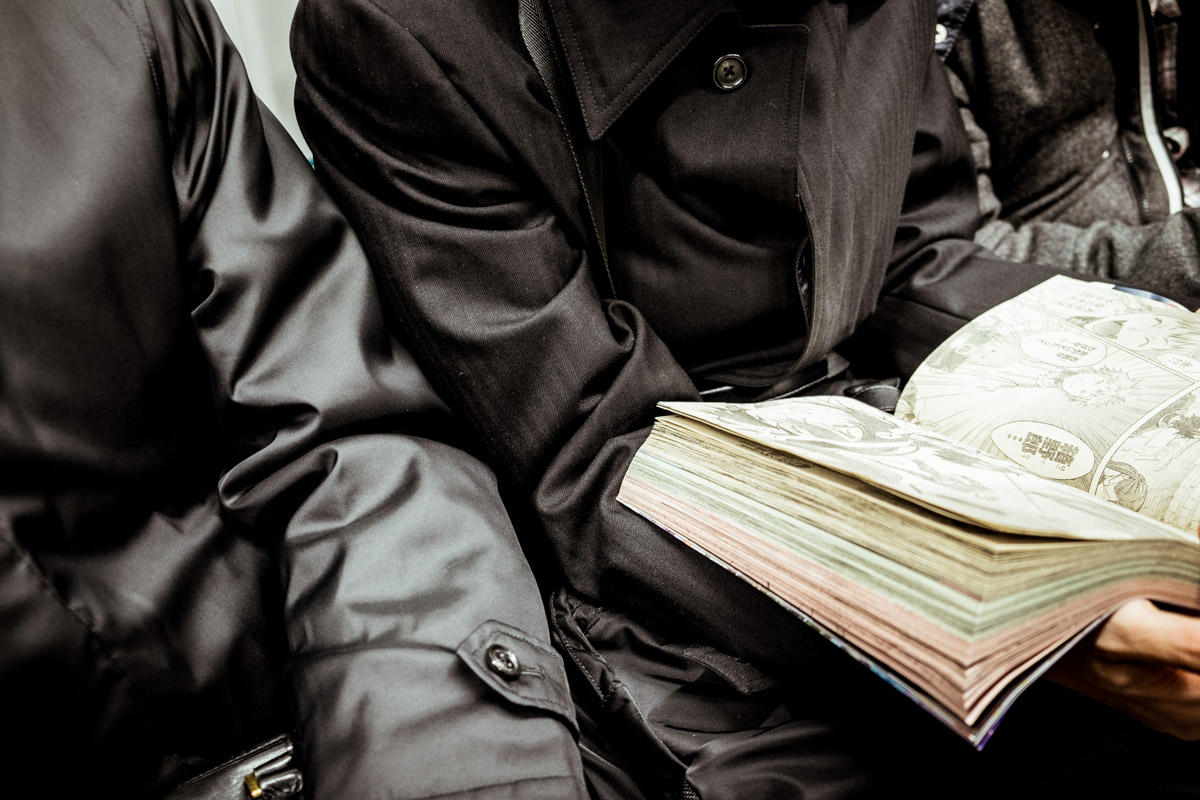 With more than 35 millions inhabitants and a 1.9 trillion US$ GDP, Tokyo is the world’s most populous metropolitan area and largest urban economy. In its crowded streets and through its massive transportation system, a multitude of employees in dark suits commutes between the city’s suburban areas and business districts. Silent, discreet and with a strong work ethic instilled since childhood, the office workers are best known in Japan as “salarymen”. Thanks to their strict discipline and long working hours they have become one of the pillars of the country’s economy. They are Japan’s quiet army.

A salaryman reads a manga magazine during his commute on a subway train bound for central Tokyo.