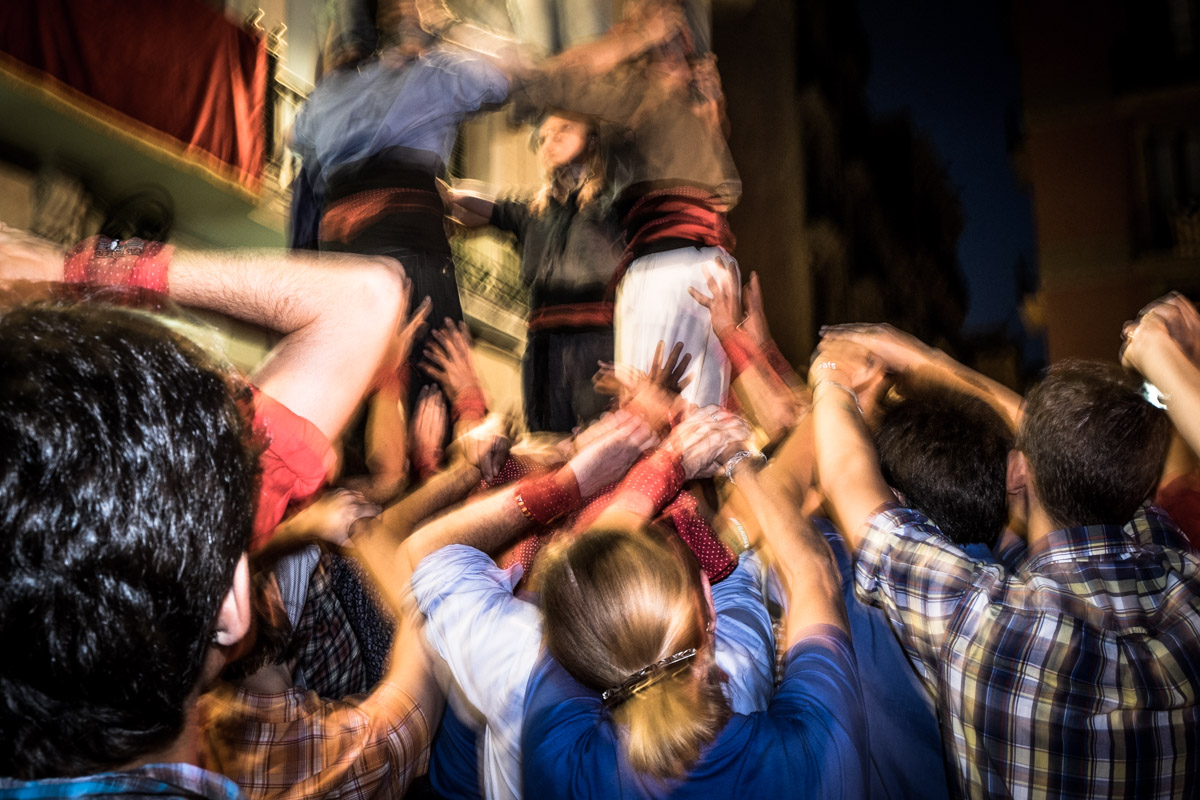 Aug 16th 2016, Barcelona (Spain). A 'castell' - a human tower built in traditional festivals at many locations within Catalonia, Spain - is built by a group of ‘castellers’ in Gràcia, one of Barcelona’s historic district.

On November 16, 2010, ‘castells’ were declared by UNESCO to be amongst the Masterpieces of the Oral and Intangible Heritage of Humanity.