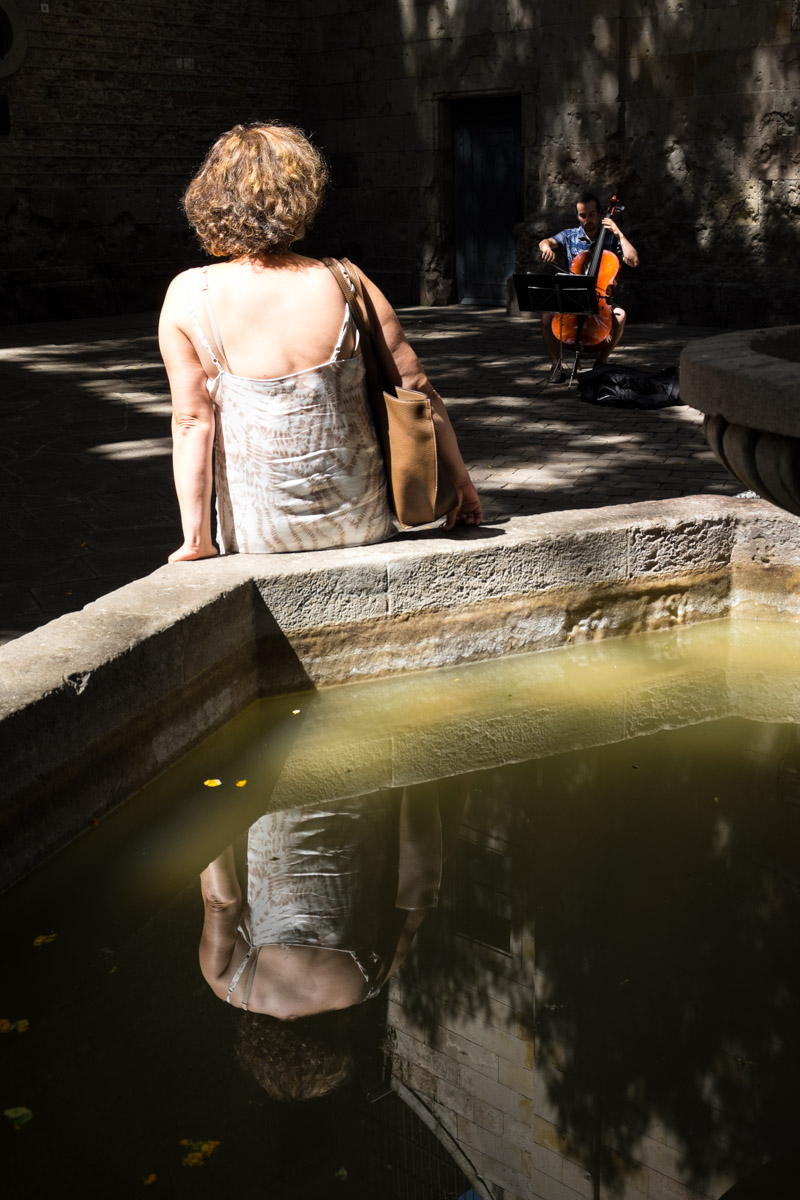 Barcelona, Aug 7th 2016. In Plaça Sant Felip Neri, one of Barcelona's most evocative squares, a musician plays the cello and is observed by a tourist.

The walls of this square, behind the cello player, are still marked with the holes provoked by a bomb dropped by fascist planes in 1938, during the Spanish Civil War, that ended the lives of 42 people.

Nowadays, Barcelona is a popular tourist destination, and tourism numbers in the city are staggering: more than 8 million people visited the city in 2016 alone.