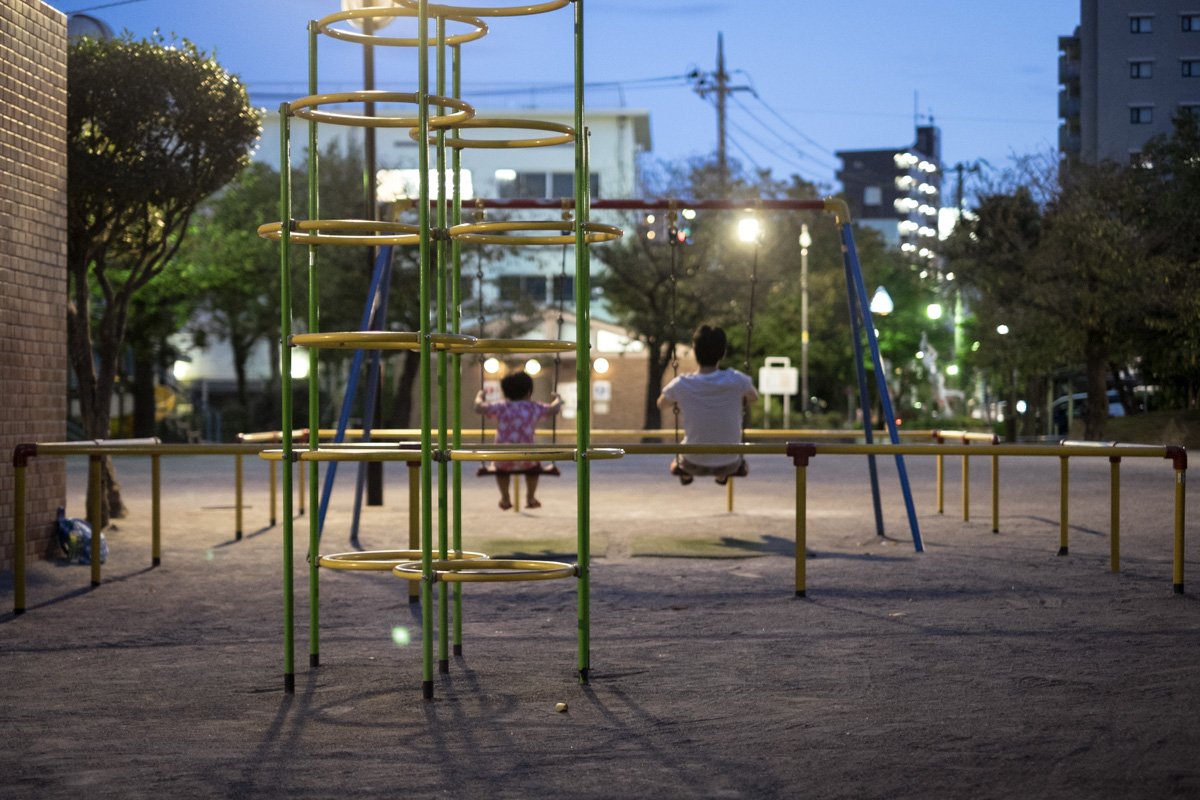 Tokyo (Japan), September 2018. At dusk, a father and his child play on a swing in a children’s playground in Tokyo.   Japan is internationally considered the “black hole” of parental child abduction: in Japan, every year, an estimated 150,000* parents face the tragedy of having their children abducted by their partner. Currently, the Japanese judicial system does not contemplate the joint custody in case of separation, and most of the lawsuit eventually filed by the left-behind fathers do not lead to a result in their favour. *Data: Kizuna Child-Parent Reunion.