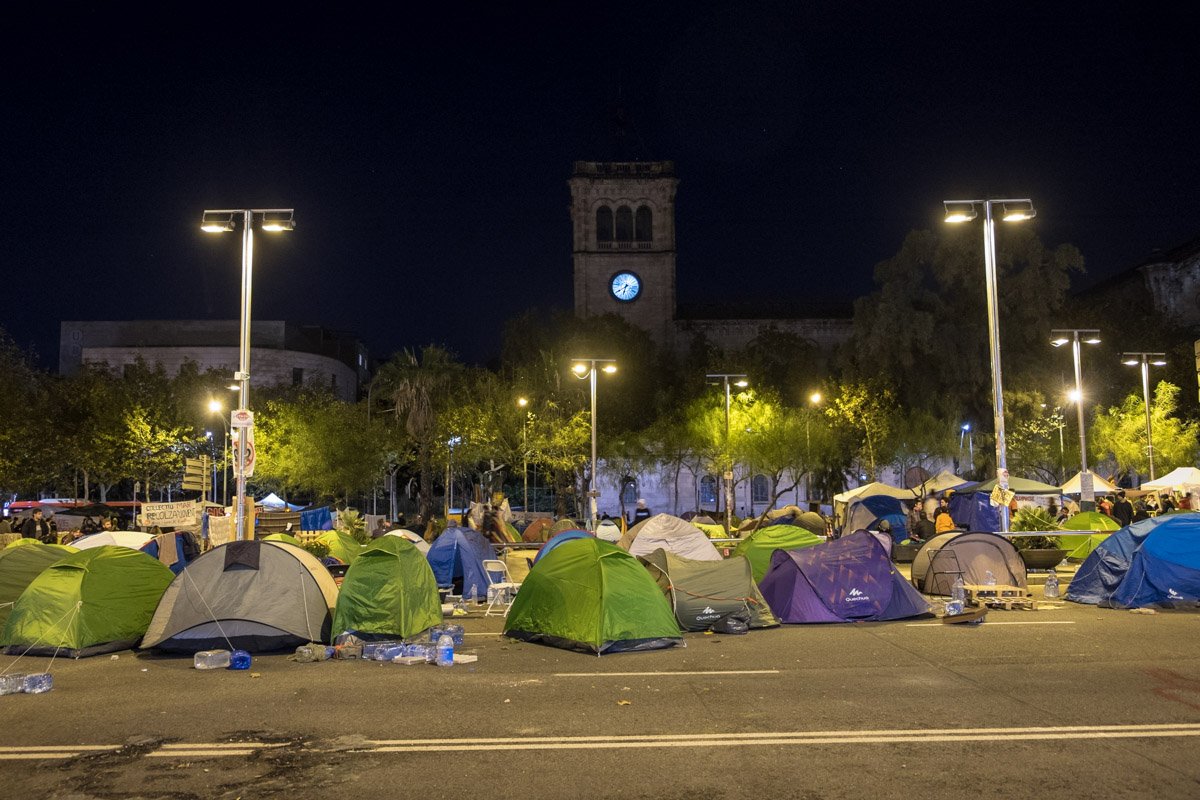 Nov 10th 2019, Barcelona. A pro-independence protest camp site arose spontaneously during a protest in one of Barcelona’s main squares: Plaça Universitat. The camp disrupted the traffic on the Gran Via avenue for three weeks before being forcibly evicted by the police.