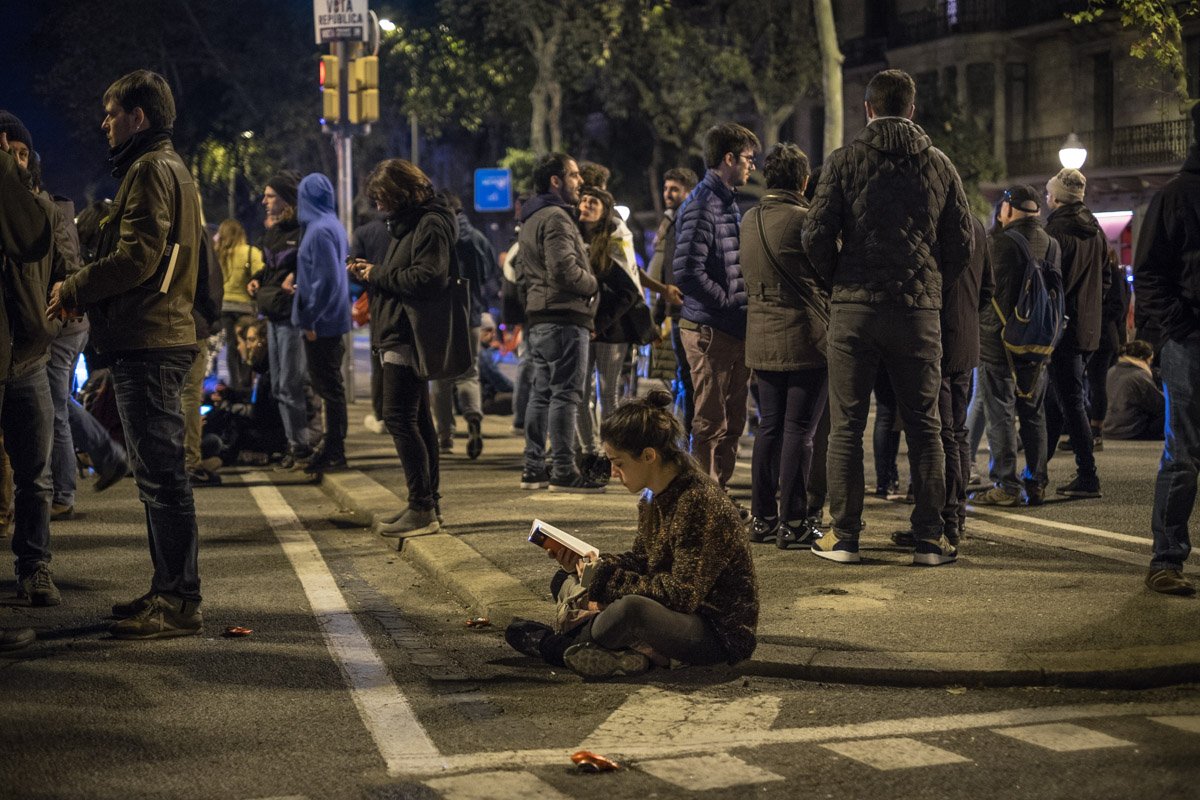 Nov 11th 2019, Barcelona. A girl reads a book during at a road block put in place by pro-independence protesters along one of Barcelona’s main avenues: Avinguda Diagonal.