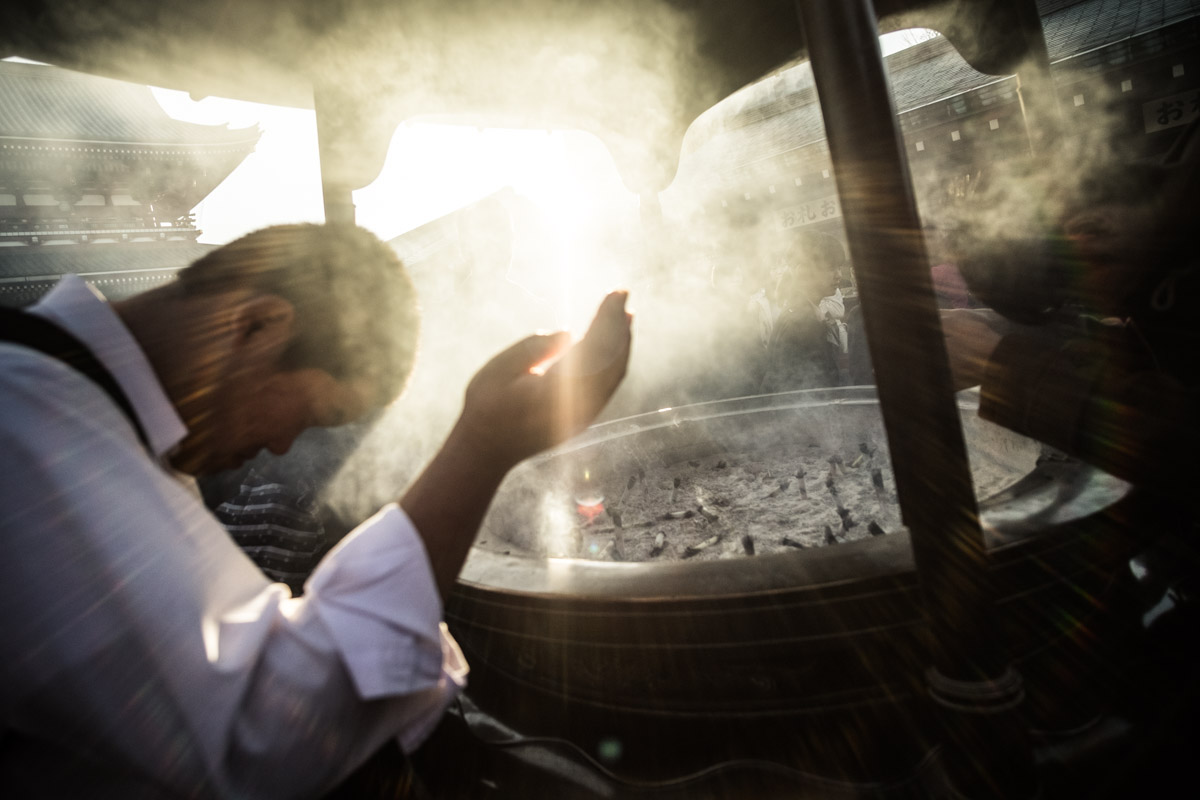 Tokyo (Japan), Dec 9th 2016. At the Sensō-ji Buddhist temple in the Asakusa area, a man prays and fan incense smoke towards himself. According to the tradition, this smoke is believed to have healing powers and devotee should fan it towards the part of their body they would like to heal or improve.

Even if estimates suggest that 84–96 percent of the Japanese population subscribe to Shintoism, Buddhism has been practiced in Japan since its official introduction in 552 AD by Korean Buddhist monks. Buddhism has had a major influence on the development of Japanese society and remains an influential aspect of the culture to this day.