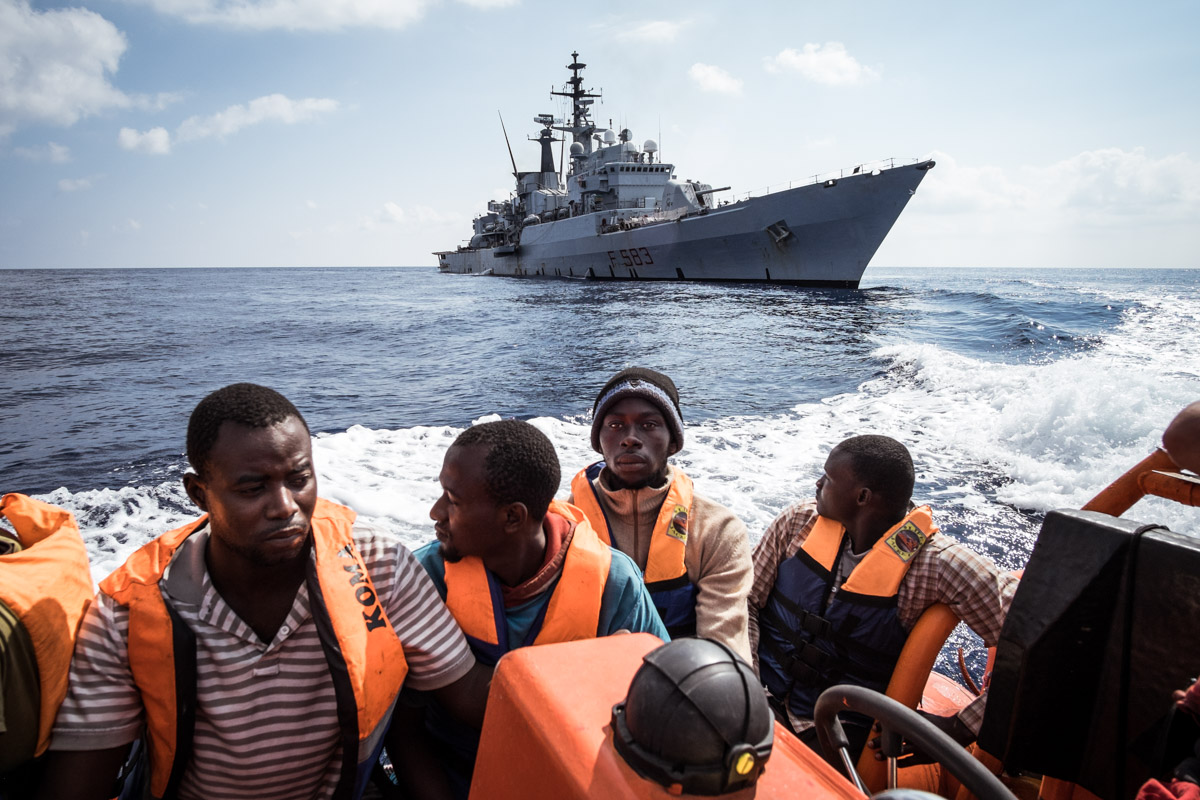 Sep 12th 2016, Mediterranean Sea, a few miles off the coasts of Libya. A group of migrants rescued from a boat in distress at open sea are transferred from an Italian navy ship to the Aquarius rescue vessel that will take them to Brindisi, Italy.

The European migrants crisis remains dramatic in 2016. And if in 2015 the Balkans were the main point of entrance, after the EU-Turkey deal on refugees repatriation, in 2016 the Central Mediterranean Route is once again the busiest, and deadliest.

According to the IOM (International Organization for Migration), in 2016 alone more than 181,000 migrants reached Italy by sea, and more than 4,900 people died in the attempt.