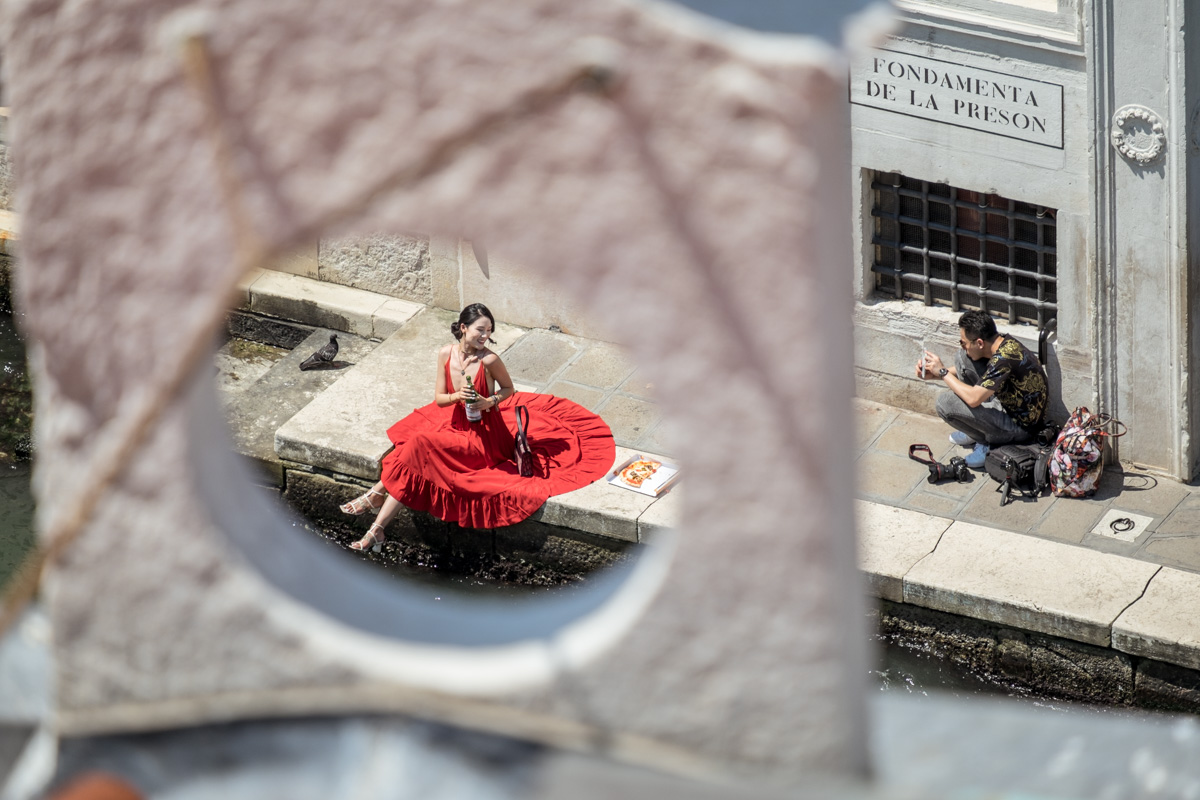 A project on the consequences of mass tourism in Venice [ONGOING]

With approximately 50,000 permanent residents and almost 30 million visitors per year, Venice arguably withstands the world’s highest tourist pressure for an urban space. Space saturation, environmental problems, lack of affordable housing and a generalized touristification of public spaces are some of the key issues (directly or indirectly) related to overtourism. And are also among the causes of a fast depopulation of the city. In fact, Venice lost more than 2/3 of its resident population in the last 6 decades. From more than 180 thousand in the 1960’s to the current 50 thousand permanent residents. 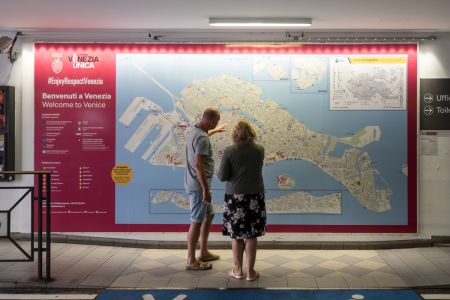 Tourists in front of a map of Venice. 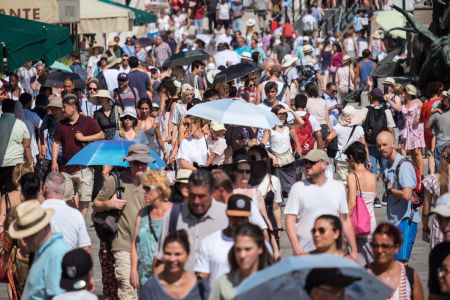 Dense crowd in Venice's Riva degli Schiavoni, one of the biggest open spaces in the old town. 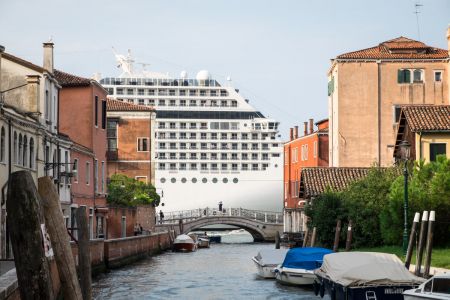 A cruise ship in the Giudecca canal, headed for the port of Venice. 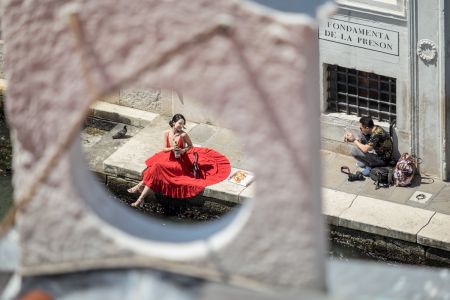 An Asian model during a photo shoot along Venice's Grand Canal, near Rialto Bridge. The photo set re-enacts a stereotypical "Italian scene", including a waterside pizza picnic, an Italian water bottle and a designer handbag. 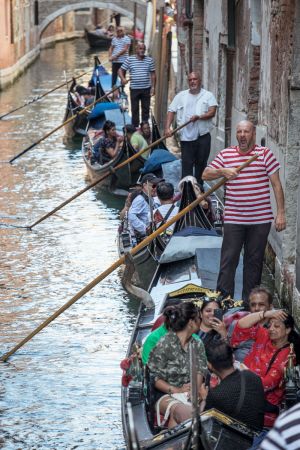 Tourist gondolas lined up in a narrow canal near Venice's "Ponte dei Sospiri" (Bridge of Sighs). 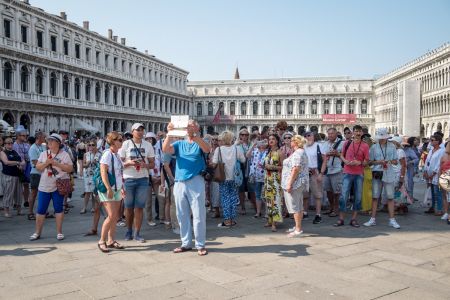 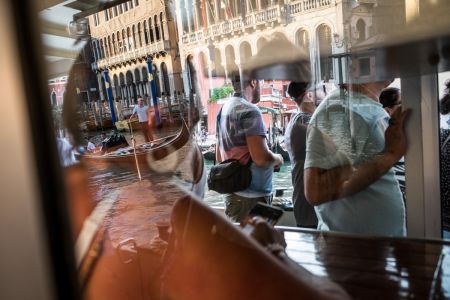 A scene from a crowded "vaporetto", Venice's water buses. 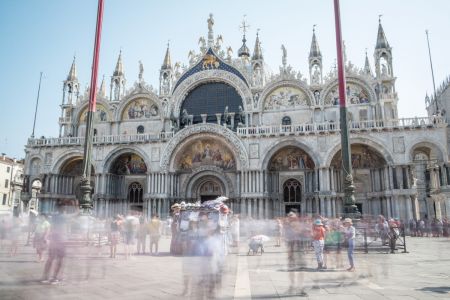 Crowds of tourists and a souvenir stand in front of St Mark's Basilica, in Venice.

The typical cruise ship carries over 2.500 passengers, the biggest ones up to 5.500. In Venice, in 2018 alone, 502 cruise ships reached the city (roughly 1.5 per day) carrying over 1.5 million passengers. In one year, the cruise ships polluted Venice – a city with no cars – like approximately 820.000 cars (data: transportenvironment.org) and caused 2 major accidents.

#VENICE is a recently started project (2019) on mass tourism in Venice, currently ongoing. Several visits to Venice are planned for the coming months.
For more information, photo requests and collaboration proposals, please contact me.

error: All images on this website are copyrighted © 2019 Marco Panzetti