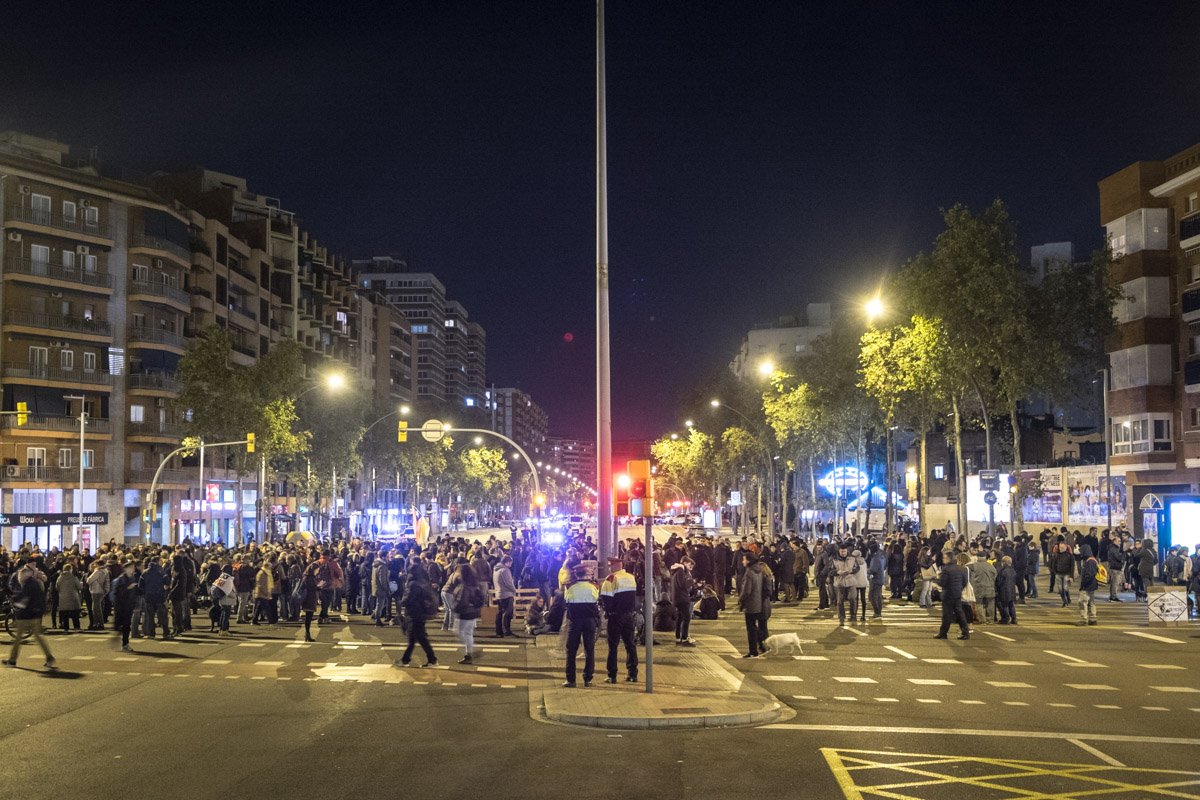 Nov 13th, 2019, Barcelona. Road block along one of Barcelona’s main avenues: Avinguda Meridiana. When this photos was taken, the road block was taking place every night since the day when the Spanish Supreme Court ruled against the Catalan pro-independence leaders.