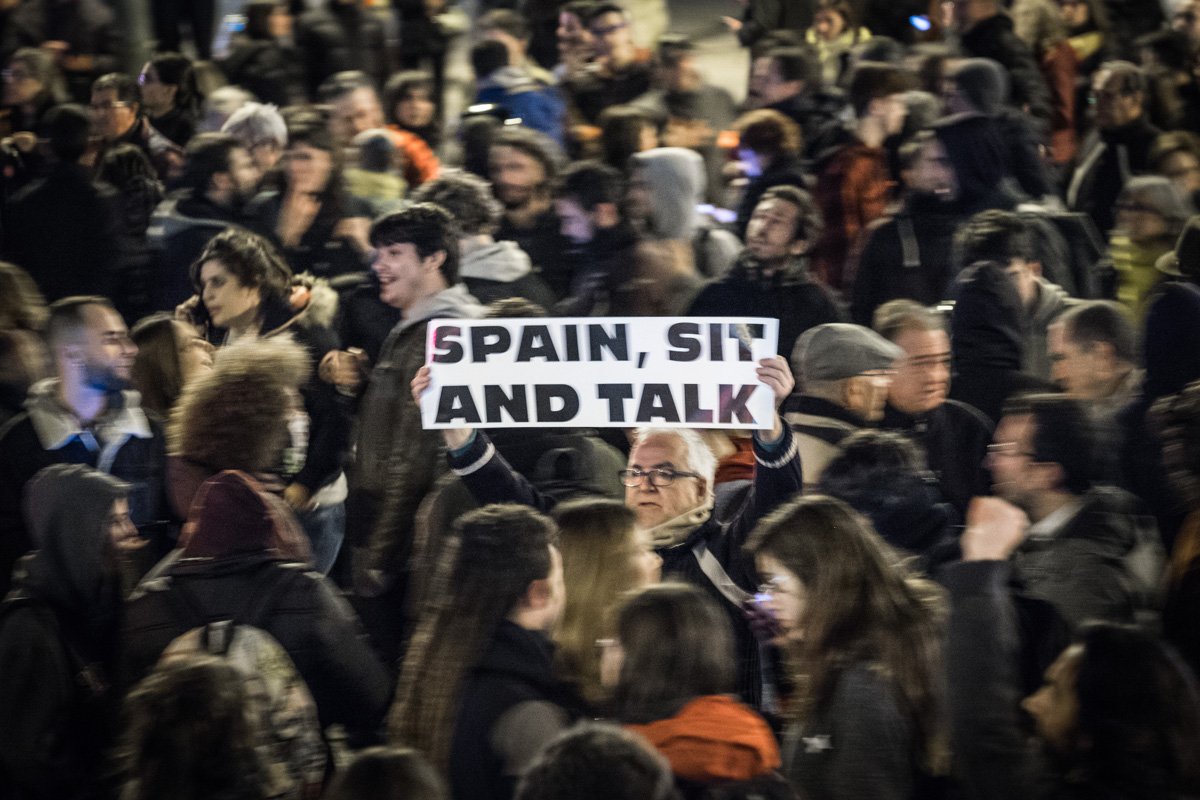 Nov 11th 2019, Barcelona. During a protest, a participant holds a sign that reads: ‘Spain, sit and talk’.