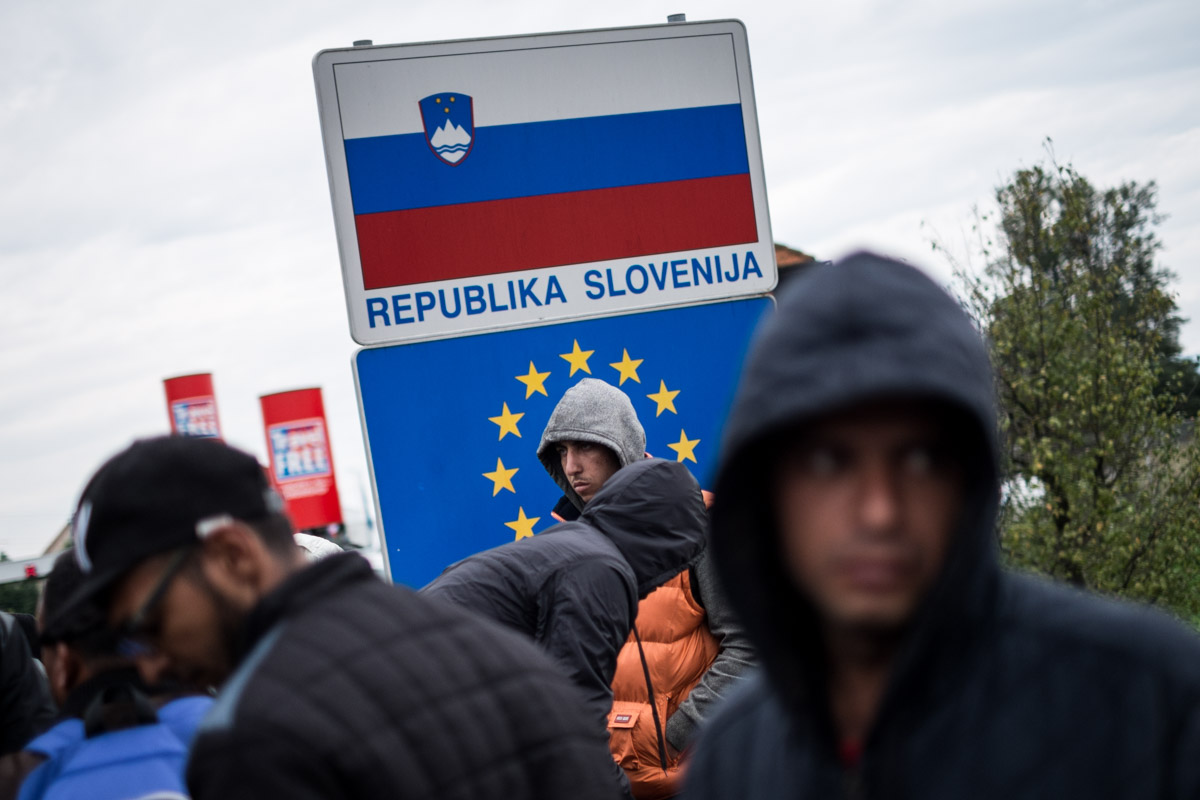 [2015] – Before the EU-Turkey deal stroke in March 2016 which de facto closed the Balkan Route, this was the route chosen by thousands of refugees (an estimated 764 000 people in 2015 alone) fleeing mainly from Syria but also from Afghanistan, Iraq and other countries.

In September 2015, after the construction of a fence between Hungary and Serbia ordered by the Hungarian government of Viktor Orbán, the flow of migrants on the Balkan Route headed for Austria to reach its destination, Germany, is forced to divert its course. During the frantic weeks following, the governments of Croatia, Slovenia and Hungary repeatedly change their policy, opening and closing borders depending on their political convenience.

This photo series witnesses the consequent formation of crowds and refugee camps in the border areas between these countries.

The footage for this 2 minutes video installation was shot in September 2015 in Nickelsdorf, a small Austrian village on the border with Hungary, which at the time was one of the main transit point for the people travelling on the Balkan Route.